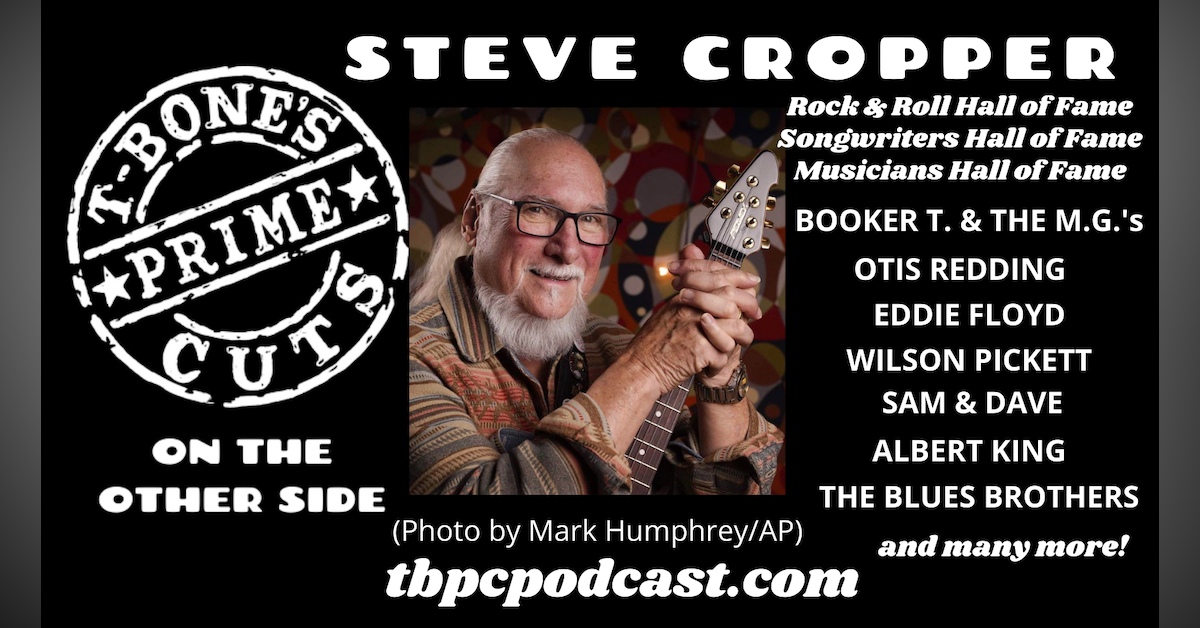 Steve (The Colonel) Cropper is today's guest. He’s in the Rock and Roll Hall of Fame, the Songwriters Hall Of Fame and the Musicians Hall of Fame. Rolling Stone magazine ranked him 39th on its list of the 100 greatest guitarists of all time. Steve has co-written, played guitar on, or produced some of the most iconic songs in music history.

Today we’ll talk about Cropper and his connection with: The famous Stax Records in Memphis, Booker T & the MG’s, co-writing Sittin’ On The Dock of the Bay with Otis Redding, Wilson Pickett, Eddie Floyd, Sam & Dave, Isaac Hayes, the blues legend Albert King. Producing records on Jeff Beck, John Prine & others. Playing on records by Rod Stewart,  John Lennon, Ringo Starr, Levon Helm and so much more! And not only was he in THE BLUES BROTHERS band, BUT he was also in both movies!